Highlights from Our China Trip 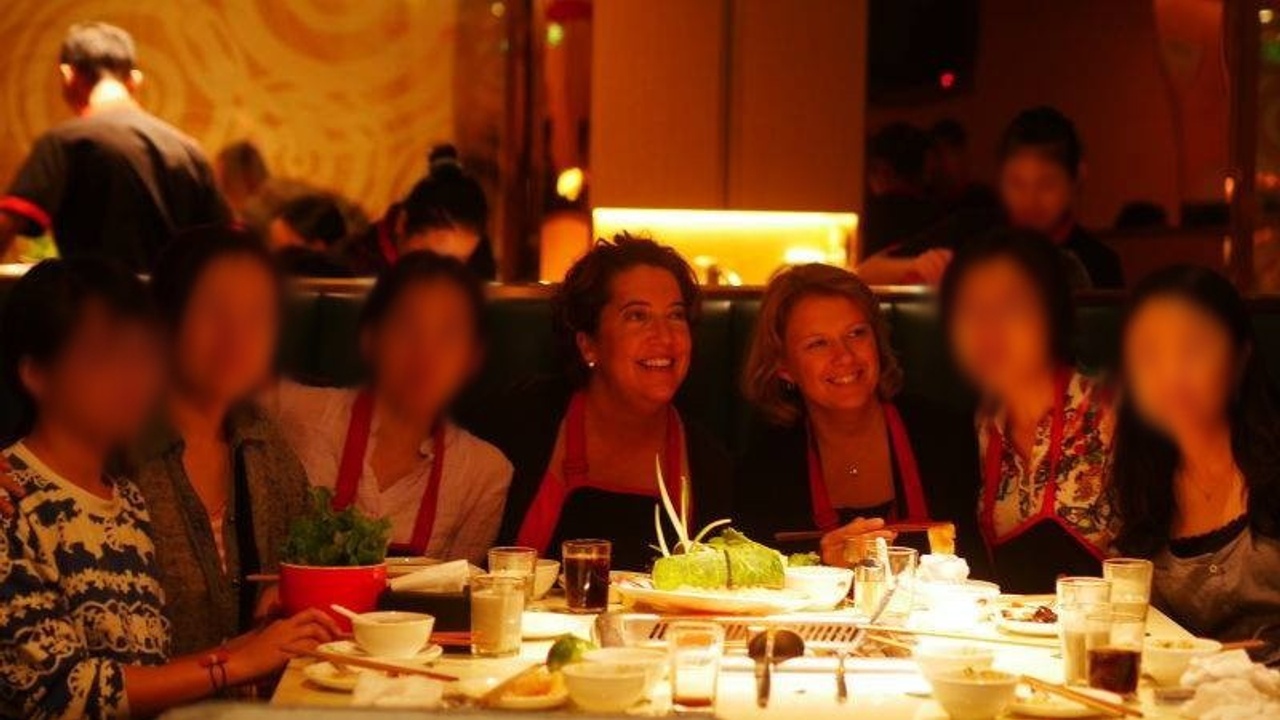 The way this trip came about was completely miraculous.

A prayer that revealed the meaning behind a recurring dream to an invitation in less then 3 months, followed by receiving the funds in 2 days to a trip within a few weeks. Amazing how God works.

We could not deny this trip was the plan of the Lord; his hand was all over it.

The timing was a little rough. Sarah and I had been gone for a week to Nashville for AACC, home for 5 days, then we taught the masters retreat, came home for 2 days and then left for China. That schedule was also out of our hands. We don’t plan AACC and the weekend of the retreat was set for a year and the people who invited us planned the China trip.

Needless to say by the time we arrived in China after those weeks of travel and being awake for 24 hours, we were a bit worn. We both started out with a sense of obligation and obedience rather than the joy and excitement we desired. From May, when we made the commitment, to that day in October when we arrived, we were just in awe of what God was doing to make this happen. We were also praying that our hearts would be more on board than just obedience. What we had at this point is what so many others had when God gave them a surprise mission, “Here I am, Lord.”

Sarah had never left the country and neither of us was accustomed to being that far away from our families. We experienced some culture shock. We were thankful to have each other and know that so many were praying for us from home.

Our days consisted of teaching and doing Splankna with our Chinese family in Christ all through translation which was a challenge of it’s own.

The Chinese people received us warmly and were so eager to learn. We did face some challenges of different cultures and thankfully Sarah and I had read up on differences, which helped a little. We had to spend time explaining things that are not necessary in the states. However there were some concepts that they received faster than us Americans.

The group consisted of about 70 Christian leaders, from all over China, who traveled to meet us and learn what we had to say. After the first couple of days we both felt compelled by the Lord to teach them the Core protocol. Fortunately we had previously decided to translate the chart so that piece was already done. However no other part of the manual had been translated so our translators worked extra hours to translate some key pages. We translated the prayer pages, the collarbone statements, and a few other sections. The training was a great success. People were working so well together and allowing themselves to be stretched in ways the Chinese people are not accustomed to. Our translator Stephanie picked it up so quickly she was able to answer a lot of the questions without our assistance.

Because of the language barrier, we did not get to know everyone well. We did get to spend many meals with our translators and they were both amazing people. John and his wife even invited us back to their house for tea. It was a really fun and interesting experience. John explained to us that his family has been part of the government’s Christian church for 4 generations. He was the first to leave the government church to seek a deeper relationship with Jesus and the Holy Spirit.

We were also surprised that our group prayed at every meal in public. We discovered that in their area of China it is not illegal to be a Christian, it’s illegal to congregate. Which explained why we had to literally travel under ground from the hotel to the meeting space.

We are so thankful for the opportunity to serve the Lord in this way. We are under the impression from the Lord that HE has a lot more “surprises” planned for Splankna.   All we can do is what we’ve seen Jesus do… “Here I am, Lord”

Thank you all for your support. We appreciate your prayers and financial support.

God bless you and we pray that all that the Lord has planned for each of us in 2016 is accomplished.